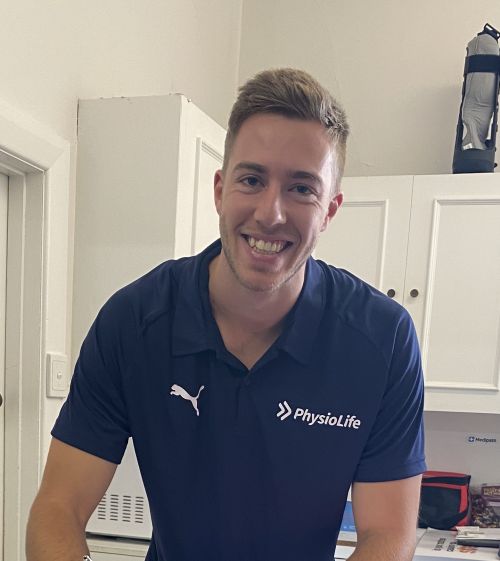 Oskar graduated from the University of Melbourne with a Doctor of Physiotherapy degree following the completion of his Bachelor of Biomedical Science at La Trobe University. During his time as a physiotherapy student, he gained rehabilitation experience working alongside a wide variety of patients in both private practice and hospital environments, including Austin Health, Western Health, and Sport and Spinal Physio (Canberra).

Although he grew up competing in AFL, cricket, and athletics, Oskar has been racing mountain bikes for over 10 years at both a state and national level. Through this, he developed a passion for fitness and performance training, and then subsequently injury management and rehabilitation after the numerous crashes which inherently occur with such a sport.

Oskar is a strong believer in individually-tailored exercise-based rehabilitation to achieve the best outcomes possible, whether this is for improvements in strength or flexibility, overcoming an injury, or just general health and wellbeing.

As well as cycling, Oskar actively enjoys weightlifting, bouldering, and getting out for a kick of the footy. In his spare time he endeavours to be out and about in nature, whether that be camping, hiking, 4-wheel driving, or fishing (unsuccessfully most of the time).

- Fancies himself as an amateur photographer

- Follows the NFL too closely for an Australian

- Can cook a mean campfire roast